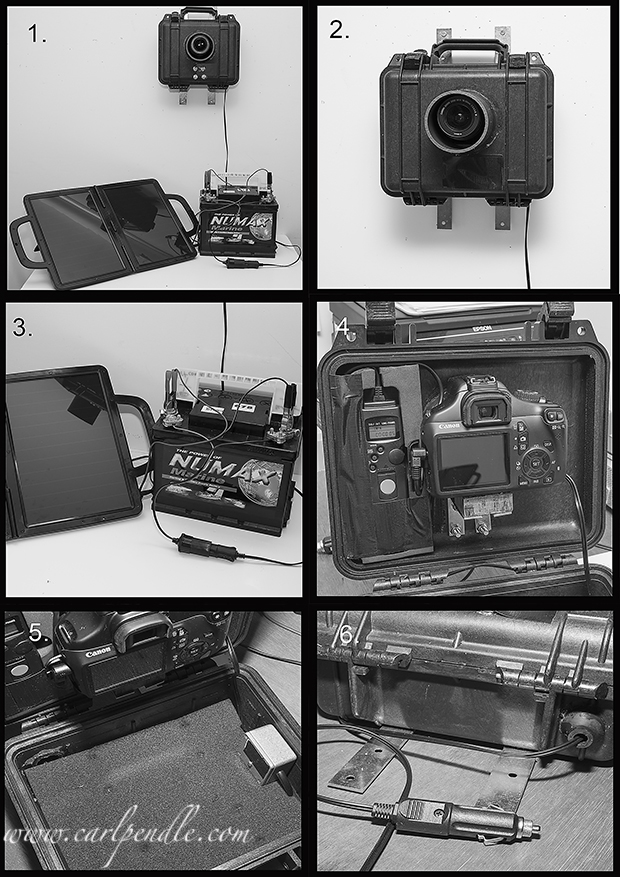 A client approached me a couple of months ago interested in a long term timelapse project. I've done time-lapses in the past for them but only ones that have lasted a few hours rather than weeks, months or even a year! They asked me if I could do one that could last 2-3 weeks while their product (a pepper) changed colour from green to red. Knowing that it could be done I said yes and looked into it further.

As I researched it a couple of things sprung up - long term time-lapses were quite a specialist area and very few photographers were doing any that lasted much longer than 24 hours. There were a few companies that did just that and most of their work was in the construction industry where timelapseing a building going up was something architects and their clients wanted to record. But this was a very niche area and their equipment was very sophisticated often with stand alone units even fitted with servers and wifi for sending pictures to a computer at a different location.

I did find one or two people trying long term time-lapses and I looked at what they did and adapted a system that would work for me and my client. Above is a basic breakdown of what I've come up with.

1. This is the finished set up. We have the camera in a watertight case connected to a battery which is then connected to a solar panel to keep the battery topped up.

2. Here is a close up of the camera housing with metal brackets fixed to the back and attached to the wall.

3. The battery is a leisure battery (not a car battery) which is perfect for providing a trickle of power to the camera. A camera doesn't use that much power but when you're leaving it outside for weeks at a time it will soon weaken which is where the solar panel comes in to keep the battery charged.

4. Inside the case is a Canon DSLR attached to two 'L' shaped metal brackets. Initially I had plans for a quick release bracket to go inside but room was so tight that I had to find a wooden base to which everything is attached. Running into the camera (on the left) is a intervalometer that I can program to set the interval of my timelapses. This isn't the Canon one which is very expensive but a cheaper one from Amazon that I've used before and never had any issues with.

5. Here you can see the top of the camera and to the right in the bottom of the case is a volt convertor. The voltage from the leisure battery is 12 volts and much too strong for the camera which prefers 7-8 volts. So what this handy gadget does is convert those 12 volts into 7 volts. There is a dummy battery in the camera that leads to this converter.

The SD card inside the camera is 64gb which is capable of holding over 8000 images. If you're not worried about shooting in RAW (which I'm not) and are ok with medium jpegs (which I am) then the card can hold a lot of photos onto it and in theory stay in the field for a long time. And if the battery gets enough charge from the solar panel it could happily take timelapses for months until the card eventually fills up or something else happens.

If anyone is interested in me making one of these for them please get in contact. I offer three types of set up:

And here is the final result of all this hard work. It was so worth it.